Fertilizer Stabilizers: How Do We Use Them? 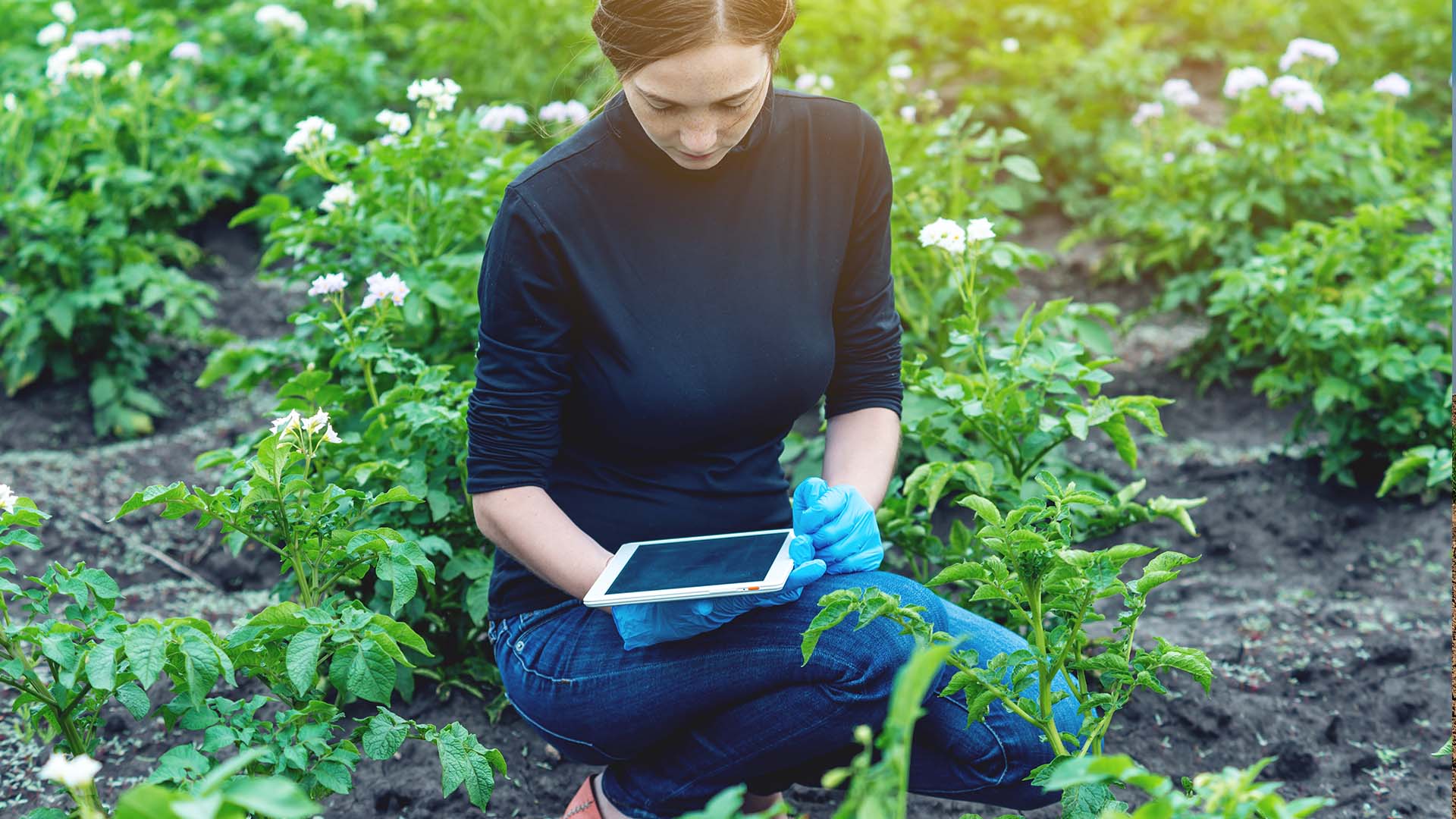 Urease inhibitors temporarily block the activity of the urease enzyme found in soil. These products are used with urea fertilizer and UAN. UAN is made of 50% urea N, 25% ammonium N, and 25% nitrate N. For UAN the urease inhibitor would only be active on the urea portion of the product. (See Table 1. Composition of nitrogen fertilizers table, below)

These products protect against ammonia (NH3) volatilization to the air as a gas. Once urea or UAN is incorporated two to three inches into the soil it is protected as the ammonium (NH4+) released has a positive charge and can promptly be held by the soil’s cation exchange sites. Urease inhibitors should be used for N products that are applied on the soil surface or very close to the soil surface <2” deep.

Products on the market include (N-(n-butyl) thiophosphoric acid triamide (NBPT) and duromide.

Nitrification inhibitors disrupt and briefly reduce the activity of Nitrosomonas and Nitrobacter bacteria populations in soil that convert ammonium into nitrite, and ultimately nitrate.

There are many products available, so please read the labels for rates, duration of protection, and which nitrogen products they are labelled for.

Understanding the fate of your fertilizer in the soil is essential to understanding how and why you would use each nitrogen inhibitor.

1) What happens when Ammonia or NH3 is applied to the soil?

This NH4+ or ammonium gets transformed into nitrate or NO3- under moist soil conditions. It undergoes nitrification.

Nitrification – soil bacteria convert ammonium (NH4+) to nitrate (NO3-) within a few days or weeks when soils are warm and moist.

It is a 2 step conversion!!

Which is why nitrification inhibitors work with ammonia.

2) What happens when Urea or CO(NH2)2 is applied to the soil?

NH4CO quickly splits into NH3 + CO2 (This NH3 form is gaseous and susceptible to losses.)

The NH3 combines with H20 = NH4+ which under moist soil conditions gets transformed into NO3-. It undergoes nitrification as shown above.

Which is why urease inhibitors and nitrification inhibitors work with urea.

3) What happens when UAN or CH6N4O4 is applied to the soil?

The NO3- portion is immediately available for plant uptake.

The NH4+ portion can be used directly by plants, but it rapidly oxidized by soil bacteria through nitrification to form NO3- as shown above.

The urea portion undergoes the same process as listed above which needs urease enzymes – it forms NH4+which consequently gets transformed into NO3- under moist soil conditions.

Which is why nitrification inhibitors and urease inhibitors work with UAN.

Another nitrogen fertilizer we have yet to mention is ESN. ESN is considered a controlled release product. The urea form of N is enclosed in a coating of polymer that allows the urea to diffuse out over time when there is enough moisture.

What is important to note about these products is that they do not guarantee an increase in yields. But under loss conditions, these products minimize the losses so more nitrogen would be crop available. The problem has also been that when placement, timing, and weather is optimal these products offer no yield advantage over traditional N sources. They only add cost.

What if we could make a more informed decision on where to place these products in the field? We understand that we should use nitrification inhibitors where there is the greatest potential for loss such as warm, wet soil conditions. We also know that the advantages are less likely in well-drained, dry soils. With SWAT MAPS we can target the acres of highest risk and apply these products in a cost-effective way and where the environmental risk is highest.

In this example we have a grower that is applying a liquid NPS blend on canola. With the Raven sidekick option, we have an option to apply N-Serve (a nitrapyrin product or nitrification inhibitor) as an on/off in zones six to 10, which are the wettest areas of the field and most at risk for loss. It is also an environmental benefit as we are reducing the risk of denitrification. We are also being much more cost effective since we are only treating a portion of the field; in this case 47 percent of the acres.

In another example, we can use a controlled release product like ESN and place a portion of the nitrogen required in the SWAT MAPS zones that are also at higher risk of loss because these zones are wetter and remain wetter for a longer duration of the crop year.

Nitrogen stabilizers can increase nitrogen use efficiency when conditions for loss are present. The choices are using urease inhibitors on surface applied or <2” depth incorporated urea or UAN products. Or, to use a nitrification inhibitor in soil-applied ammonia, urea or UAN fertilizers. An ESN controlled release fertilizer can be used as well to protect your nitrogen investment.

High resolution SWAT MAPS allow us to further maximize these ideas and place both fertilizer and products in the zones with the highest risks of environmental and nitrogen loss. Talk to your SWAT certified agronomist about how to use nitrogen stabilizers with your SWAT MAPS.