It All Comes Down to Water 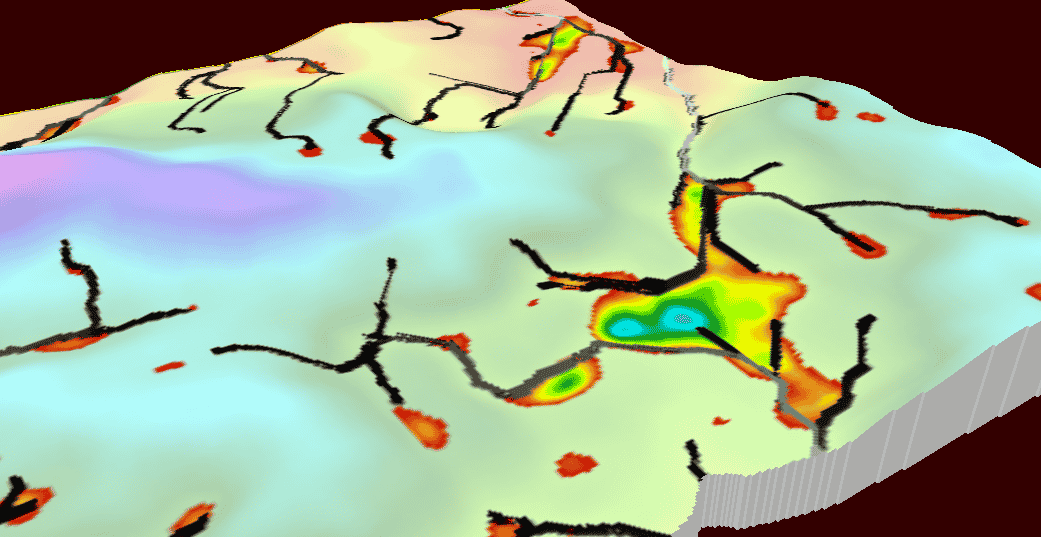 Water: it’s the critical element for all plant life and I’ve realized over the past 18 months that it is perhaps the most important of the three pillars of a soil, water, and topography map (SWAT MAP). This isn’t meant to minimize the importance of soil and topography, as they are not mutually exclusive! Topography affects water flow - in other words, where water sheds and where it collects. Soil texture and organic matter affect the total soil water holding capacity as well as actual plant available water (which are two different things!), so all three are working simultaneously to affect water and crop variability.

I’ve started to say that everything relates back to water in some way, and here’s some examples:

1. Salinity. To quote soil scientist Les Henry, “Salinity is not a salt problem, it’s a water problem.” Bang on: there are several different types of salinity, but they are all caused by water in some way, whether its subsoil water coming out the side of a hill as a seep, a high water table near the surface causing “bathtub ring” salinity, or some other mechanism causing salinity. If you want to understand more about salinity, I highly recommend reading Les’s book, “Henry’s Handbook of Soil and Water.” It’s easy to read, entertaining, and educational.

2. Organic matter. While some variability in organic matter has certainly occurred over the last century or more due to cultivation and subsequent erosion of topsoil, even mother nature creates differences in organic matter percent and the depth of topsoil that is rich in organic matter. This is often related to long-term (and when I mean long-term I’m talking 1000’s of years) productivity of the landscape position and soil. Think about it as many little soil climatic zones within a square mile, with knolls being dry and always having grown less native grass than lower slope positions that get water runoff from the hill. We also see dramatic changes in organic matter in western Canada as we go north into what we call the grey-wooded soil zone, where soils that were developed under tree cover (luvisols) have less organic matter than soils developed under grasses (chernozems).

3. Phosphate. Like organic matter, there is a lot of variability in soil phosphate created from decades of farming and erosion, but phosphate is also always moving downslope with water as dissolved P in snowmelt runoff and heavy rains. Water movement also causes particulate-P (phosphate attached to soil particles) to move downslope as well. This movement occurs in both zero-till and conventional till farming systems, although zero-till at least limits particulate-P movement that comes with soil erosion.

4. Sulphur, chloride, and boron. Three of the four mobile nutrients are clearly influenced by water in SWAT soil test data, having some of the most consistent trends of any nutrients no matter what region they are from. We consistently see higher levels of these nutrients in lower SWAT zones (wettest zones) due to higher mineralization rates – again, driven by water – as well as dissolved nutrients moving with water. Choride and sulphur are associated with salts so these nutrients often test in the 1000s of ppm when there is any salinity in zone 10. On the other end of the spectrum, the zone that is often most deficient in these nutrients is zone 1, where mineralization is relatively low and these nutrients leach away.

5. Nutrient use efficiency. Whether nutrient uptake in the root is through mass flow movement with water or by diffusion, water is required. This gets a lot more complex, but to keep it short it is evident to all SWAT agronomists that in areas of the field where water is “just right”, nutrient use efficiency is far better than areas that are always too wet or too dry. In other words, you don’t necessarily need to apply the same amount of nitrogen per bushel of target yield in SWAT zone 5 than you would in zone 1 where it's too dry or zone 10 where it's maybe too wet.

In summary, integrating water into a good management zone map is critical to the success of VR nutrients and seed. A SWAT MAP does this in several ways by delineating zones based on things like topography, soil texture, and integrating water flow paths into the final map. And it’s exactly what gave me my “ah ha” moment 18 months ago when I started working with SWAT MAPS.

If you're dealing with issues on your farm due to any of the water-related examples listed above, consider investing in SWAT MAPS. There is no map that is better equipped for proper zone management than SWAT MAPS. Please contact us if you are interested in this valuable service.